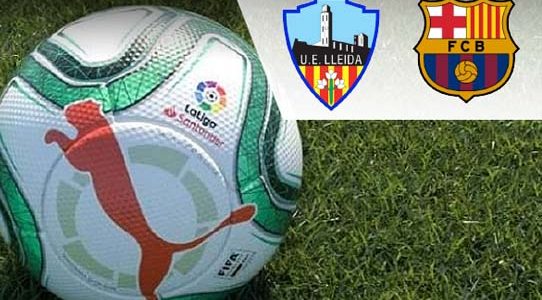 This weekend, VAV Broadcast will make available to TV3 the OB Van 4 HD to produce the Youth Honor Division football game, which will face Lleida Juvenil A against FC Barcelona Sub 19

For this production the OB Van 4 HD will be equipped with between 4 and 6 chains of HD camera, HD video server, Tele HD optics, and all operation and assembly crew. 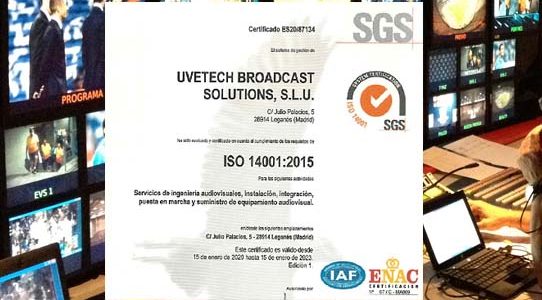 Again, in constant interest in continuous improvement and maintaining the commitment to achieve excellence in engineering services and installation work offered, VAV Engineering has just obtained the ISO 14001: 2015 certification.

The certificate has been granted by SGS, a world leader in inspection, verification, analysis and certification of standards, as well as a world reference in quality and integrity.

With this new certification, VAV Engineering (with a strong vocation to maintain the highest standards towards its customers) adds another certification to the one obtained previously with the ISO 9001: 2015 standard, thus positioning itself in the face of the most recent requirements regarding the process, quality and environmental management, thus responding to the demand for new needs and requirements of the Broadcast audiovisual market. 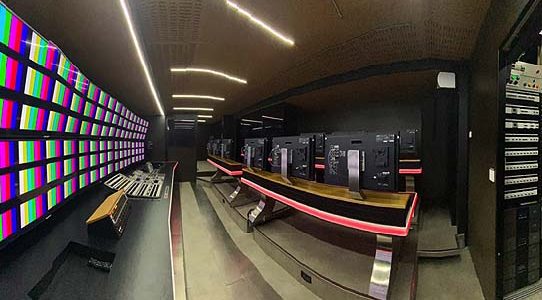 VAV Engineering, the engineering division of the audiovisual group VAV GROUP, has carried out the development of the work of conditioning and installation of the necessary infrastructures to provide last generation HD equipment to a semi-trailer of 14mts. of length. These works were entrusted to VAV GROUP by an important audiovisual broadcasting group from the Middle East.

We have conditioned all the areas of the operational spaces, carrying out the installation of wiring and connection of the equipment, with High Definition technology with which this OB Van TV is equipped.

One of the most outstanding aspects is its operational area, as it has a total of 4 convertible flasks that offer an operating space of about 52 square meters. On the other hand, it will incorporate an integrated master control, Lawo VSM, which will allow the entire technical equipment infrastructure to be controlled and monitored in a unified manner.

The OB Van has already been delivered to our client. 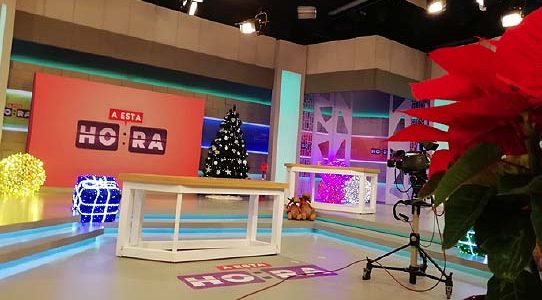 Last Sunday, January 5, on the occasion of the Three Kings Parade we carried out the production of a special program of the daily magazine “A Esta Hora”, from our set in Mérida for Canal Extremadura TV.

VAV Broadcast in collaboration with Atresmedia and Winwin Audiovisual provided all the technical means of audio, video and lighting plus the entire team of technical and operational professionals.

From the main cities of the Extremadura Community, we had more than 8 connections in rigorous direct to cover the most magical night of the year and witness the happiness of the little ones. 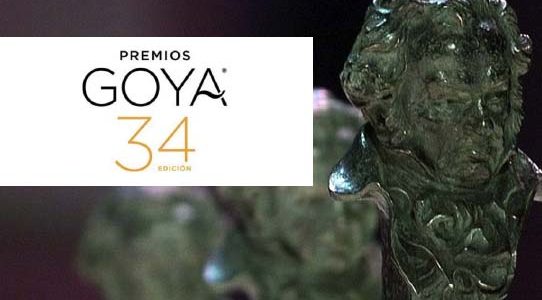 VAV GROUP has been awarded Lot 2 of the Mobile Unit service contest for the production of “Red Carpet” of the GOYA 2020 awards, by RTVE.
The Spanish film festival will be held on Saturday, January 25 at the Martín Carpena Pavilion in Málaga.

VAV GROUP will contribute its OB Van 21 UHD, which will be responsible for producing the “Red Carpet” signal prior to the gala, where all the nominees and personalities of the Spanish film industry will pass.

For the production of the “Red Carpet”, OB Van 21 UHD will have 8 Sony HDC-1500 Camera Chains, 2 40 X HD Optics, 3 HD Angular Optics, and 2 EVS XT3 8 CH, and we will integrate the controls of the Glambot camera We will also provide the “Red Carpet” microphone

From VAV GROUP we face this project with great responsibility and enthusiasm, complying with the requirements of RTVE in an event of this magnitude and impact. 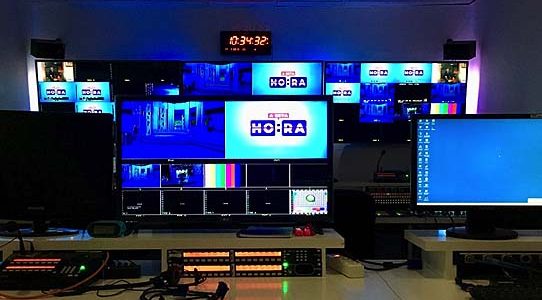 Next Sunday, December 22, on the occasion of the extraordinary Christmas Lottery National Lottery, we will cover this important event from our set in Mérida for Canal Extremadura TV.

VAV Broadcast in collaboration with Atresmedia and Winwin Audiovisual, within a special of the daily magazine “A Esta Hora”, will provide all the technical means of audio, video and lighting plus the entire team of technical and operational professionals.

From early in the morning until the end of the raffle there will be live connections from the Royal Theater of Madrid as well as from many points through the Extremeña geography to cover, in rigorous live, the emotion and impressions of the winners with this Christmas raffle. 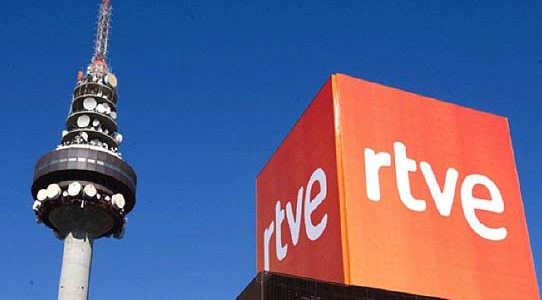 VAV Engineering has been awarded the engineering, installation, and commissioning of new equipment for technological renovation, at High Definition, of the RTVE Production Center in Santa Cruz de Tenerife and Las Palmas de Gran Canaria.

The renovation of all the equipment involved and its infrastructure of lines, both audiovisual and telecommunications, will allow the adaptation of both Production Centers to work with workflows in the current High Definition standards, thus maintaining the continuous technological evolution RTVE has maintained for years, in order to adapt all its Production Centers to the most recent operational and quality processes in its productions and emissions. 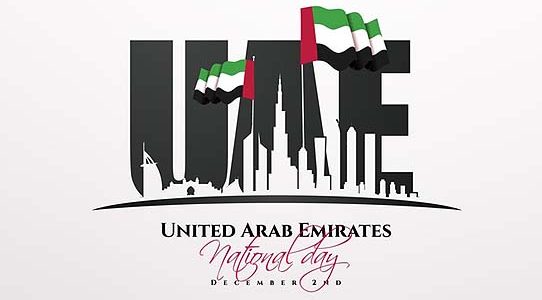 On December 2, 1971, the union of the emirates of Abu Dhabi, Dubai, Ajman, Fujairah, Sharjah and Umm Al Quwain was declared, which resulted in the birth of the United Arab Emirates to which the emirate subsequently joined in 1972 Ras Al Khaimah, leaving seven in the number of emirates that make up the nation and whose capital is in the emirate of Abu Dhabi.

This most important date in the region is commemorated year after year as the National Day. Day in which both Emirati and the rest of the country’s residents take to the streets to enjoy the festive atmosphere that culminates at sunset with a spectacular event at the Zayed Sports City Stadium in Abu Dhabi.

This year marks the 48th anniversary of the declaration of union and once again the organizers of the event have once again overcome their challenge to surprise and delight the spectators with a show of parades, choreographies, projections, music, lights, artifice that recalls the history and culture of the country and that has been worthy of admiration.

How could it be otherwise the top leaders of the nation presided over the event highlighting the presence of His Highness Sheikh Mohamed bin Zayed Al Nahyan, Crown Prince of Abu Dhabi and Deputy Supreme Commander of UAE Armed Forces and His Highness Sheikh Mohammed bin Rashid Al Maktoum, Vice President and Prime Minister of the UAE and Ruler of Dubai.

Our OB Van 15 HD has been part of the retransmission of the event being in charge of the coverage of the arrival to the enclosure and the presidential box of the VIP with a provision of 5 RF camera chains, 4 remote camera chains, and 2 EVS. 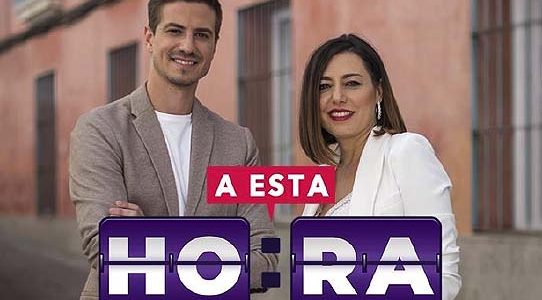 The production of the afternoon magazine “A Esta Hora”, for Canal Extremadura TV, continues with very good audience data in its third month of broadcast.

VAV Broadcast, in collaboration with Winwin Audiovisual and Tresmedia, provides all the technical means of audio, video, as well as a team of technicians and operations formed by 20 people.

Every day, from the set of VAV GROUP in Mérida at 5 pm. at 8:30 pm., thanks to this program we can know the best stories told in the first person, the entire Extremaduran culture, all the corners that the region hides and, as always, taking into account the current affairs of Extremadura. 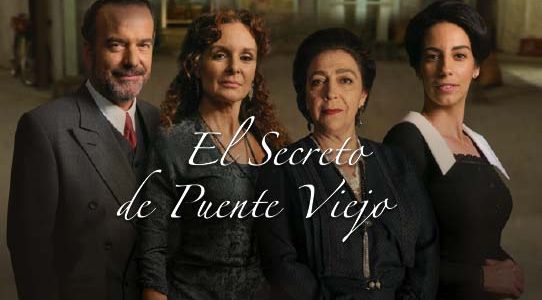 The fiction series produced, by Boomerang TV, on the sets of VAV GROUP in Leganés. It has been nominated in the “Best Daily Series” category for the MIM series 2019 awards that will be held on December 17 in Madrid.

For the production of the VAV GROUP series, it also provides 2 sets of 1,200m and 1,600m respectively, 2 recording units with 3 HD camera chains each and all operating crew.